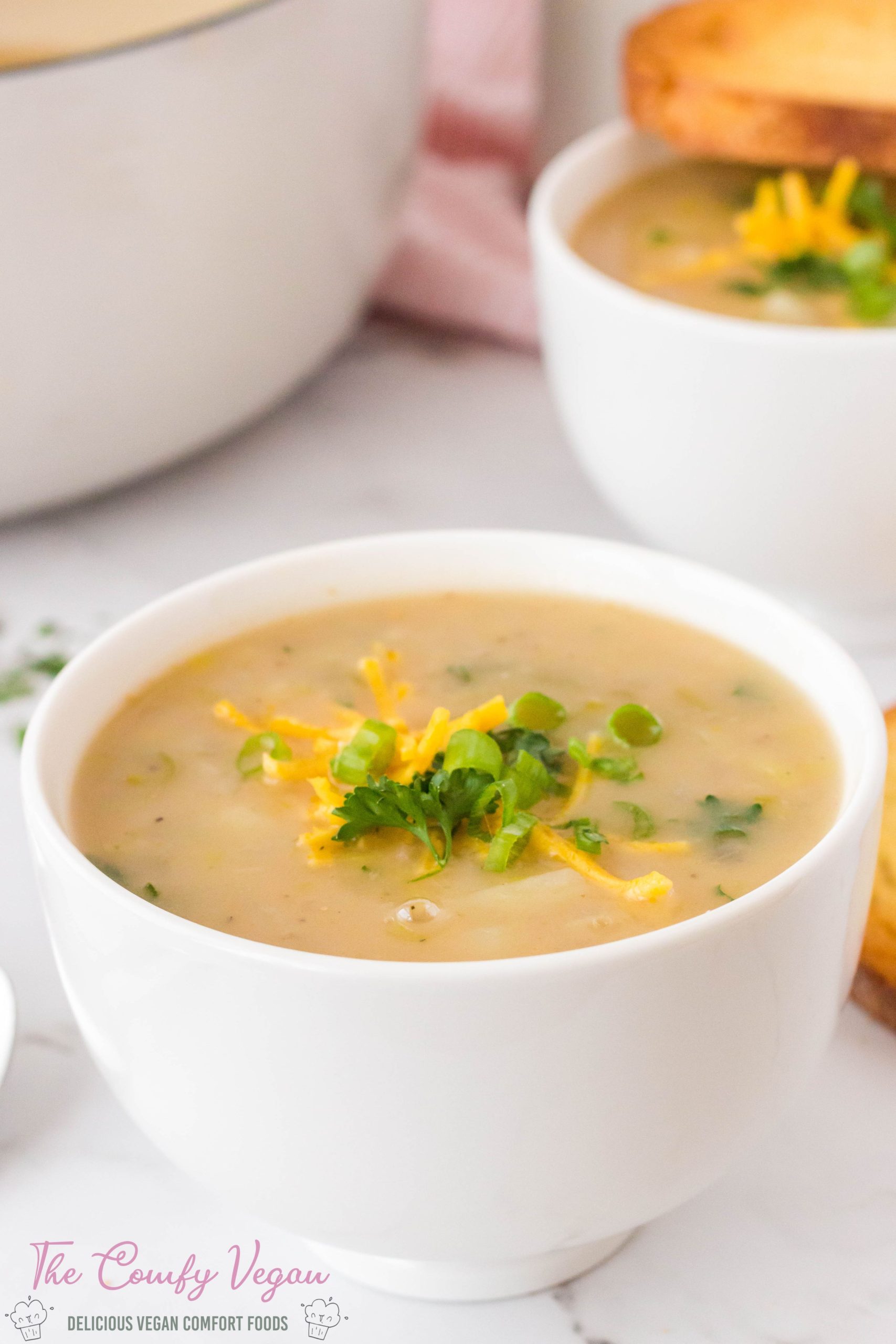 This Vegan Potato Leek Soup is the ultimate comfort food in a bowl. This soup is thick, creamy, full of flavor and so easy to make. Made with potatoes, leeks, onions, and a thick and creamy veggie broth it feeds a crowd that everyone will love.

Soups are a staple in our home and I don’t know what’s more comforting than a warm bowl of soup. Living in the Pacific Northwest the fall and winters are long, dark, and cold enjoying a warm bowl of soup makes those days so much better.

This soup requires just 10 minutes of prep and is ready to enjoy in 30 minutes. It’s thick, creamy, and hearty serve it with a caesar salad and some breadstick for a complete and filling dinner.

This soup is made with common pantry staples. Here’s everything you’ll need to make this vegan potato leek soup:

To make this vegan potato soup follow the steps below. Be sure to check out the recipe card below for more detailed instructions. Here’s how to make this soup:

What goes well with potato and leek soup?

I love to serve this soup with bread and salad. It’s comforting and filling on its own but even better with a breadstick.

Why is my potato leek soup gluey?

If your soup comes out gluey that might mean that you’ve overcooked and mashed your potatoes. Potatoes that are mashed too much will leach out a gelatinized starch into the broth. To avoid this, don’t add mashed potatoes to the soup and try to avoid overcooking your diced potatoes.

This soup stores well in an air-tight container in the fridge for up to 3 days.

Can I freeze this soup?

You sure can! Add the soup to a freezer-safe container and store it in the freezer for up to 3 months.

Can I leave the skins on my potatoes?

Yes! Leaving the skins on the potatoes will save you time and add extra fiber and nutrients to the soup.

Why is my potato soup not creamy?

If your soup does not come out creamy that might mean that you cooked the soup on too high of a heat and the ingredients separated in the cooking process. Another reason could be you used a floury potato instead of a waxy potato. I recommend using russet, red, or Yukon potatoes for this recipe.

If you make this recipe please let me know in the comments below. Don’t forget to rate this recipe. Follow me for daily vegan recipes on TikTok, YouTube, and Instagram. Receive recipes right in your inbox by signing up for my free recipe newsletter here. 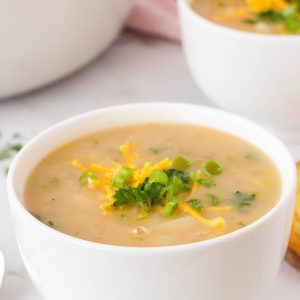 Course Main Course, Soup
Cuisine American
Prep Time 10 minutes
Cook Time 25 minutes
Servings 8
Print
Pin
Rate
This Vegan Potato Leek Soup is the ultimate comfort food in a bowl. This soup is thick, creamy, full of flavor and so easy to make. Made with potatoes, leeks, onions, and a thick and creamy veggie broth it feeds a crowd that everyone will love.
Prevent your screen from going dark

You can substitute veggie broth for veggie bouillon. If you’re gluten-free, sub the all-purpose flour for cornstarch. Instead of making a rue, you can omit the butter. Combine the reserved veggie broth and 2 tablespoons of cornstarch. Whisk until fully combined and add that mixture to the soup. Allow the soup to come to a boil.

Did You Make This Recipe? 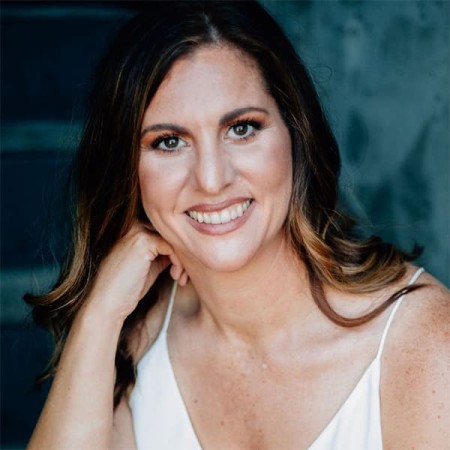 It’s important to have good tasty food to stay on track. That’s exactly what you’ll find here Delicious comfort food that are completely vegan. You’ll find some that are healthy, raw, and some on the not so healthy side. Read More